Up steep hills, over frozen lakes and even above traffic jams – people are gliding effortlessly over tough spots in cable cars. We hopped in one with Rahul Jotshi, Tractebel project manager and ropeway expert, to find out all about this often-overlooked transportation solution.

Is a ropeway a cable car? Why install them? Where? Are they safe? Are they used for goods? Project manager Rahul Jotshi from Infrastructures answers all this and more.

Q: What’s the difference between a ropeway and a cable car?

A: A ropeway and cable car system are the same thing. The nuance is that a ropeway is the entire system, while a cable car, or gondola, is a vehicle that’s part of the ropeway system.

Q: What ropeway that you worked on had the most impact?

A: Tractebel in India has worked on many ropeway systems for the transport of materials, but now we’re working on passenger ropeways. Our teams are involved in two important passenger cable car systems high in the Himalayas: the Kedarnath and Hemkund Ropeways. Both are important pilgrimage sites that will carry people to these mountaintop places of worship without having to do the final steep and treacherous 13 or so kilometres on foot. These are particularly challenging projects, as their start and end points are on rough terrain. Challenging, but also ambitious: The carrying capacity of these proposed systems is 3,000 - 5,000 people per hour, length is approximately 13 km each with an elevation difference of 1800 m to 2000 m.

Q: What are the advantages of a cable car system?

A: Cable cars have many advantages over other modes of transport. Let’s compare!

From construction to operation, a ropeway has a low carbon footprint and therefore less environmental impact compared to many other modes of transport. Ropeways run on electric energy, so emissions are low. So they help reduce pollution, especially when they’re used as transport in urban areas.

In hilly or forested areas, ropeways preserve the beauty of nature in two ways: first, by eliminating the need to build a road between point A and point B, and second, it’s difficult, if not impossible, to throw litter from a gondola!

The construction cost of a ropeway up a hillside or across a body of water is much less than the cost of building a road or a bridge, for example. Also, most of the maintenance on ropeway systems occurs in the stations and sometimes on the towers, so costs are comparatively low.

Cable cars provide a safe and enjoyable ride with a panoramic view of the surrounding areas.

As a transport mode, ropeways can pass over roads, traffic and other obstacles, thereby reducing travel time and providing a smooth and hassle-free journey. 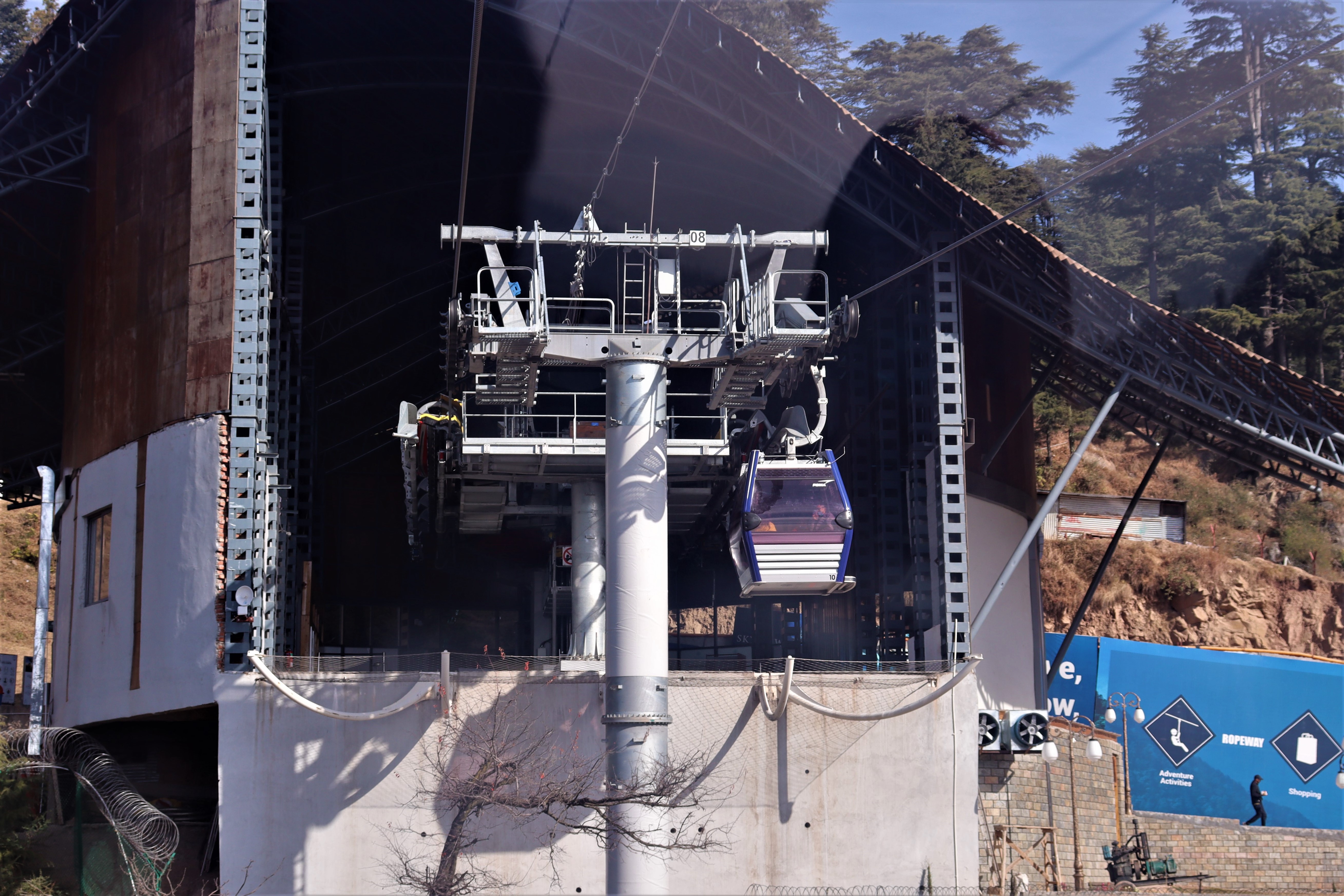 A ropeway system in the Himalayas in India

Q: What's the best location for a ropeway?

A: It depends on what you want to use it for. Ropeways can be used for tourism, urban transport or both.

The best locations for ropeways in the tourism sector offer aerial views of beautiful scenery and/or facilitate travel. Ideal locations for cable car systems for tourism include: 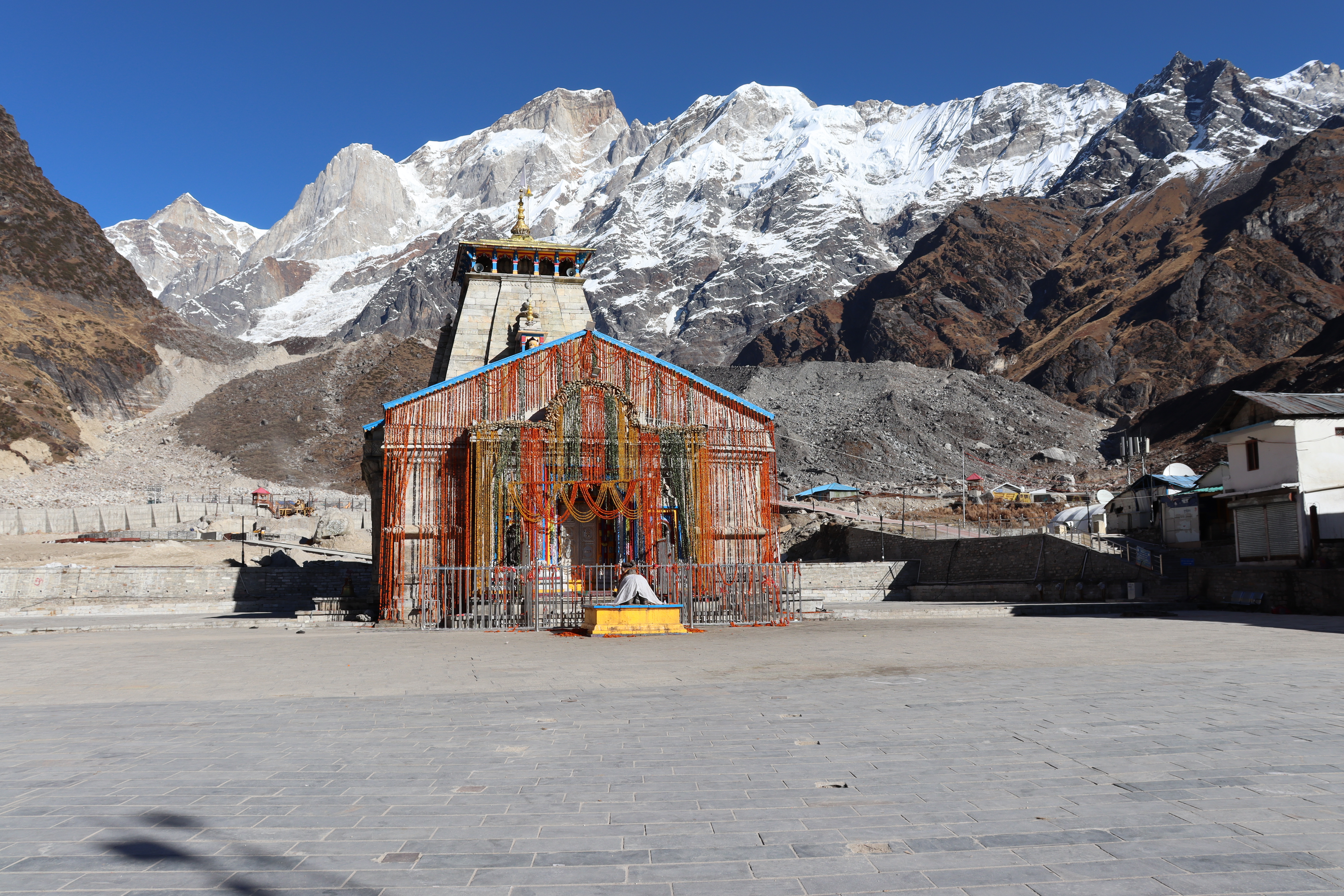 Kedarnath pilgrimage site in India, an ideal location for a ropeway

In an urban setting, ropeways are a solution for bypassing areas of heavy traffic congestion. They are increasingly used for “last mile connectivity” – the final stage of a journey - in cities where other modes of transport aren’t efficient or even feasible due to traffic congestion or lack of available land.

Cable car systems are also used as a mode of transport in cities with steep and/or numerous hills. Their ability to pass over buildings, water and other obstructions makes them a quick and efficient type of transport – and they’re eco-friendly!

Ropeways are ideal in locations where the terrain is challenging and other modes of transport are simply not possible. For example, the remote Himalayan pilgrimage sites Kedarnath and Hemkund, that we’re currently working on, are difficult to access at the best of times and often impossible due to rain or snowfall. They will soon be easily accessible by all, year-round, thanks to cable car technology.

A: All types of transportation carry some risk, but cable car systems are comparatively safe. In fact, the 3S-type ropeway – the most technologically advanced system, with high comfort and stability – has an unblemished safety record.

Q: Can you use ropeways for both passengers and freight?

The same cable car system for both purposes? In theory you could, but it’s not common. Ropeways are generally designed to transport people or materials. A ropeway could be used for passengers as well as freight, but for limited distances and as long as the weight limits are respected. Since a ropeway is designed as a transport solution over rough terrain, it would be costlier than other forms of transport over long distances. For freight, a conveyor belt or a ropeway for materials would be the better and more economical choice. 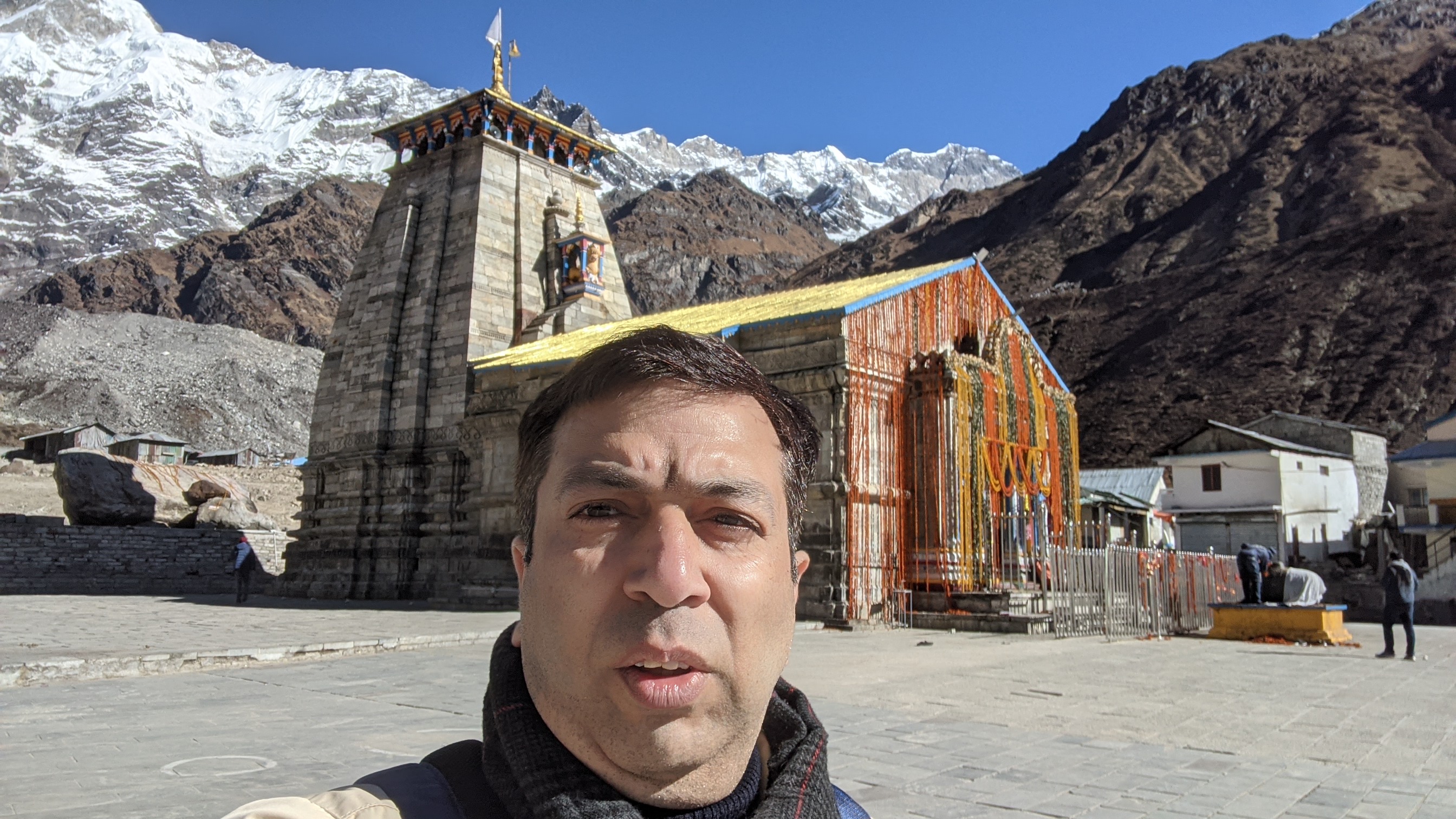 Project Manager Rahul Jotshi on site at Kedarath, high in the Himalayas, where cable cars will carry pilgrims the last 13 km of the journey

Following the recent contract awarded by the European Space Agency, Tractebel has now been selected to head the consortium of PULSAR, a research and innovation project...