Our experts are helping design Hinkley Point C, the first nuclear plant built in the United Kingdom in 30 years. The site, the largest infrastructure project in Europe, will generate low-carbon electricity and cut carbon emissions by 9 million tons per year.

Tractebel is part of the (ICOS consortium (together with Egis and Setec) that carries out the detailed civil engineering design of the European Pressurised Reactor (EPR) nuclear island buildings at Hinkley Point in the United Kingdom.

Finalizing the first technical study of the main buildings

The ICOS mission includes producing the detailed calculations, the digital concrete models using Building Information Modelling (BIM) and the execution drawings of the nuclear island formed by the reactor building, the auxiliary building and the fuel-handling area.

Our engineers have just completed the first phase of the project: the calculations that will serve as a basis for the 3D modelling of the concrete reinforcing bars (rebar) of the nuclear island. The 3D modelling should be finished within a year, as we can infer from the progress made on the lower levels in parallel with the calculations. It will provide engineers with a precise design of the plant’s most crucial building reinforcements , enable them to anticipate potential difficulties on the site and optimize construction cost and time. It is the first time that 3D digital modelling is used to produce all the implementation plans for the rebar structures of a nuclear reactor project.

Participating in the largest construction site in Europe

The scale of this unique, innovative, and highly technical project is unprecedented. Hinkley Point C is the largest infrastructure project in Europe. It brings together over 500 experts of 25 nationalities and employs 5,000 workers on the construction site. When completed, the nuclear power plant will contain 3 million tons of concrete and 50,000 tons of structural steel. It also hosts the world’s largest crane, Big Carl. The crane is 250 meters tall, can carry 3,000 tons and will lift over 600 components for the project.

Securing energy supply while achieving carbon neutrality in the UK

The UK has 15 nuclear reactors in operation that account for around 15% of its total electricity production.  The country’s nuclear fleet is nearing the end of its operational lifetime, and most of its nuclear reactors are expected to shut down by 2030. To secure its energy supply and reach its net zero goal by 2050, the government plans to replace part of its nuclear capacity. The two new-generation EPR reactors at Hinkley Point constructed by EDF should be operational by 2026. They will replace some of the power generation loss by producing 3.2 GW of reliable low-carbon electricity for around six million homes. The UK EPR is designed in a sustainable way and will use less uranium and produce almost a third less long-lived radioactive waste compared to similar reactors in operation today.

Listen to our experts 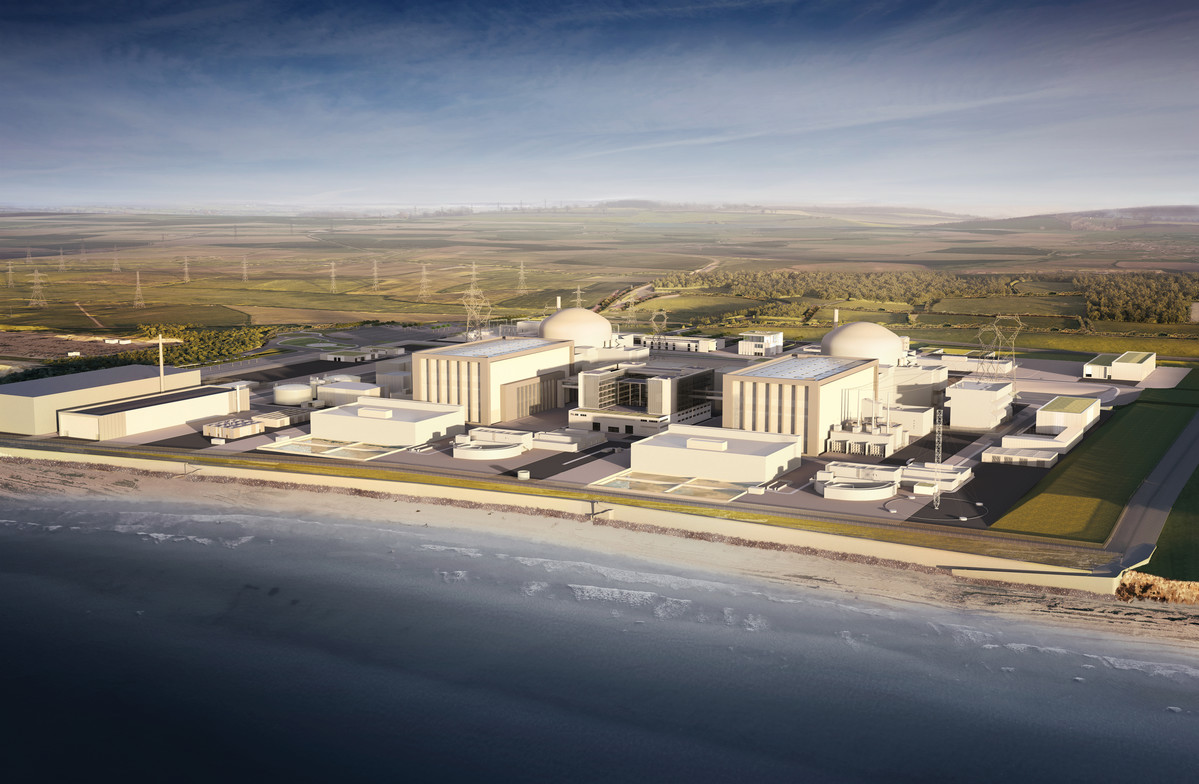 Discover more about our Nuclear Expertise

Tractebel commits to carbon-neutrality by 2022

In line with its purpose of engineering a carbon-neutral future and to celebrate Zero Emissions Day, Tractebel announces its commitment to achieve net-zero emissions across...

Our Urban experts’ efforts on the crucial MontLégia Clinic project in Liege, Belgium, were rewarded with the prize for Best Healthcare Development by the International...

After five years of