Overcast skies and a limited audience due to Covid safety measures did little to dampen the festive atmosphere when Chilean president Sebastian Piñera hit the power button to launch the country’s first green hydrogen facility in the mining sector. In what he called “a historic milestone,” the president inaugurated global mining company Anglo American’s groundbreaking green hydrogen production and refueling station. The ceremony took place at the company’s Las Tórtolas facilities in the Santiago Metropolitan Region on August 23, 2021. 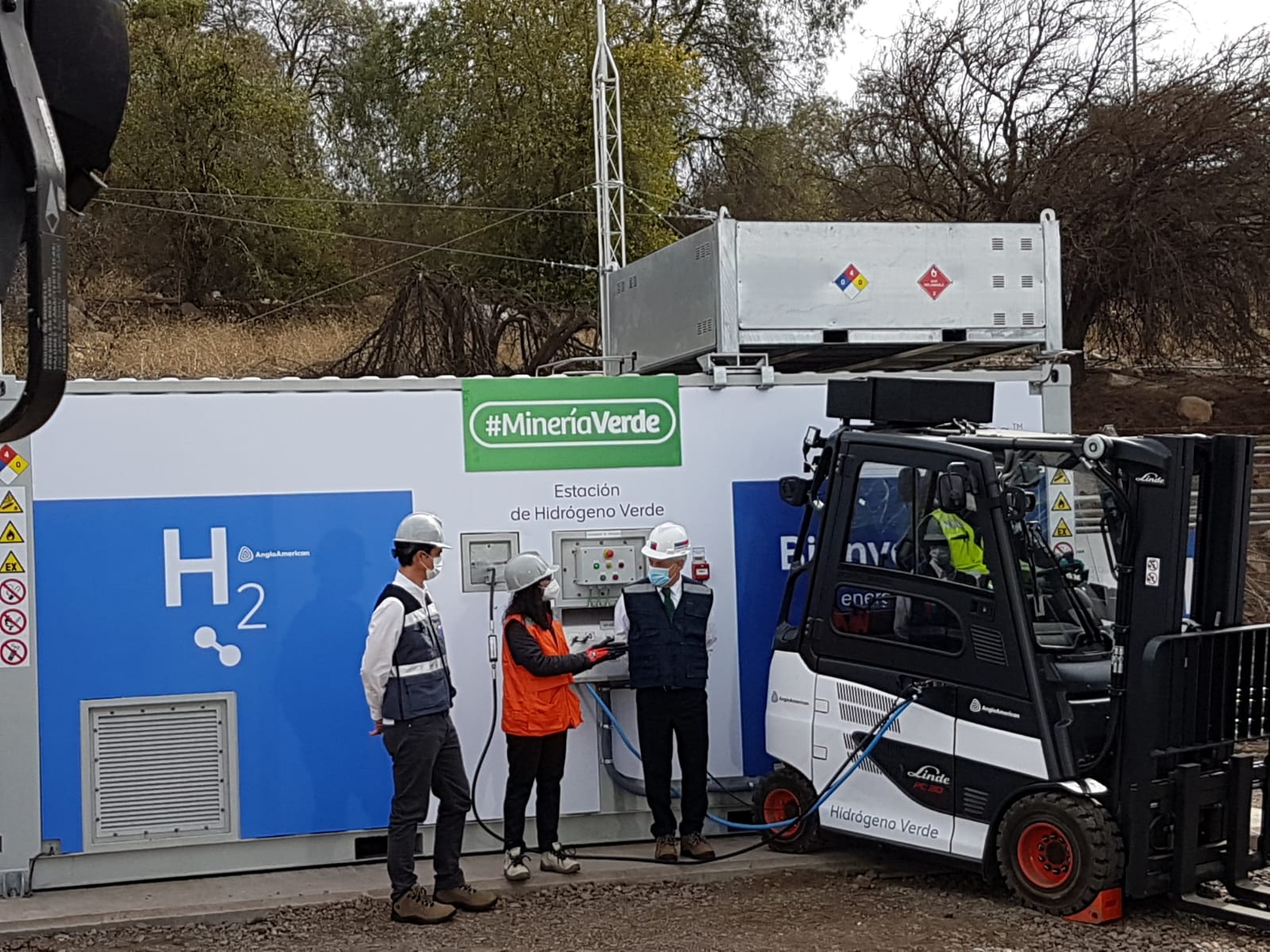 It was a proud moment for Tractebel and partners, as their tireless work on this pioneering project was rewarded with the commissioning of the green hydrogen module and refueling station to power a fuel cell-operated forklift. Tractebel’s hydrogen experts were instrumental throughout the design, procurement, manufacturing, transportation, installation and commissioning of this pilot project. With engineering supported by ENGIE, the green hydrogen initiative was executed under an engineering, procurement, and construction (EPC) contract for Anglo American.

The project consists of a station for the production, compression, storage and dispensing of green hydrogen from photovoltaic energy. As the station uses wastewater from Anglo American's mining operations for electrolysis, the only by-product of this process is oxygen, which is vented to the atmosphere and water.

The forklift, or front-loader crane, is equipped with a fuel cell that is charged with hydrogen under pressure to be used as fuel. The vehicle's fuel cell completes its load in three to five minutes and can operate continuously for approximately eight hours, saving between 24 and 57 tons of CO2 emissions to the environment per year. The charging time is shorter than that of a conventional electric battery, allowing fast and safe operation without compromising the logistics operations where the vehicle is used. Additionally, the hydrogen production module has a fuel cell that allows electricity to be injected into Anglo American's internal network for optimal energy use.

This historic pilot project represents an important milestone for Tractebel within our strategy for the development of decarbonization projects for industries and in applications in which electrification is not a plausible alternative. 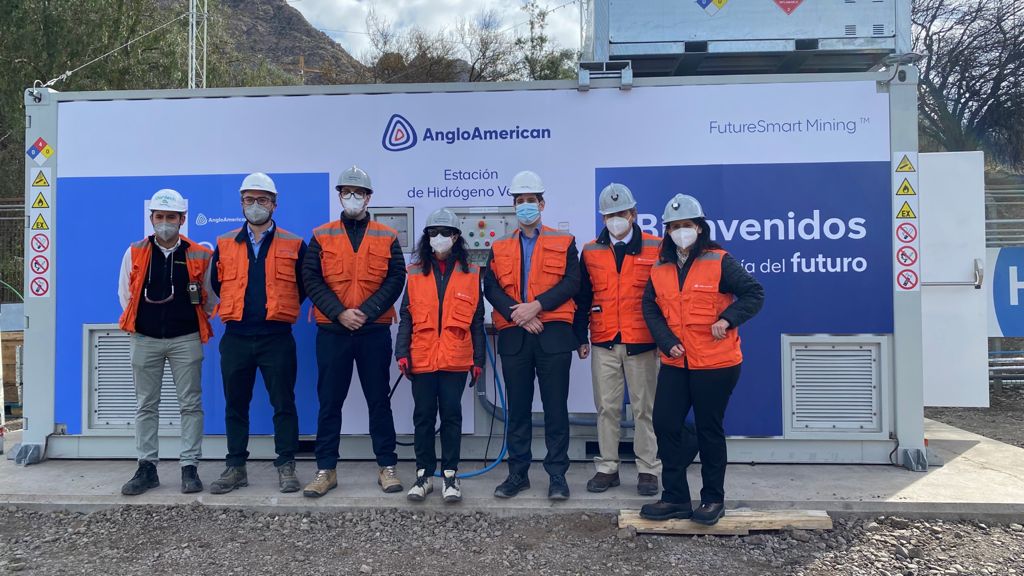 The Tractebel and Anglo American teams