The development of Latin America’s most efficient and state-of-the-art sewage treatment plant in Colombia, is expected to be completed in October 2019. Our experts from GKW Consult, a subsidiary of Tractebel, are proud to have played a key role in this outstanding project.

GKW Consult has been involved in the ambitious project since 2006 on behalf of the municipal utilities of Medellín (EPM). Work by the treatment plant experts is expected to come to an end in October 2019. GKW played a decisive role in the initial studies, planning and tendering and provided assistance during construction, commissioning and first year of operation. GKW, along with the Colombian engineering company HMV, delivered all consulting services from a single source. Approximately 200 engineers from various specialist areas were required during the planning phase.

The plant treats the sewage of around 2.75 million inhabitants with an efficiency rate of over 90%. More than 300 tonnes of anaerobically stabilised sludge are accrued daily in the process. The digester gas is used as fuel for a cogeneration plant to produce energy. The six associated cogeneration plants have a total installed capacity of 6,000 kWel and 4,500 kWth.

The sludge is then dried to be used later as fertiliser. The innovative drying system has a water evaporation capacity of 12 tonnes per hour. The thermal energy required for this is also produced by means of cogeneration. Two natural gas turbines with a total installed capacity of 8,400 kWel and 13,400 kWth are used for this purpose.

These outstanding processes and technologies have made the plant a flagship project of Latin America. It is part of the national restoration plan for the Medellín River and the most important municipal water infrastructure project in the region. Interest by the population and international expert community is correspondingly high, with dozens of people visiting the plant on a daily basis. In order to satisfy their needs, separate infrastructure has been created. Guests are greeted at reception before being guided safely through the sewage treatment plant.

Martin Seeger, CEO of TractebelGermany , visited the innovative plant in August. His attention was also focused on the special infrastructure for visitors, which was also planned and carried out by GKW.

After his tour, Martin Seeger summed it up by saying: “The experienced planners at GKW successfully met the challenges of the difficult task. The plant has made it possible to combine the interests of human beings and the environment in an exemplary way. This demanded high levels of experience, expertise and flexibility. GKW was the right partner to reliably assist the client with comprehensive services from the start of the project and lasting over a decade.” 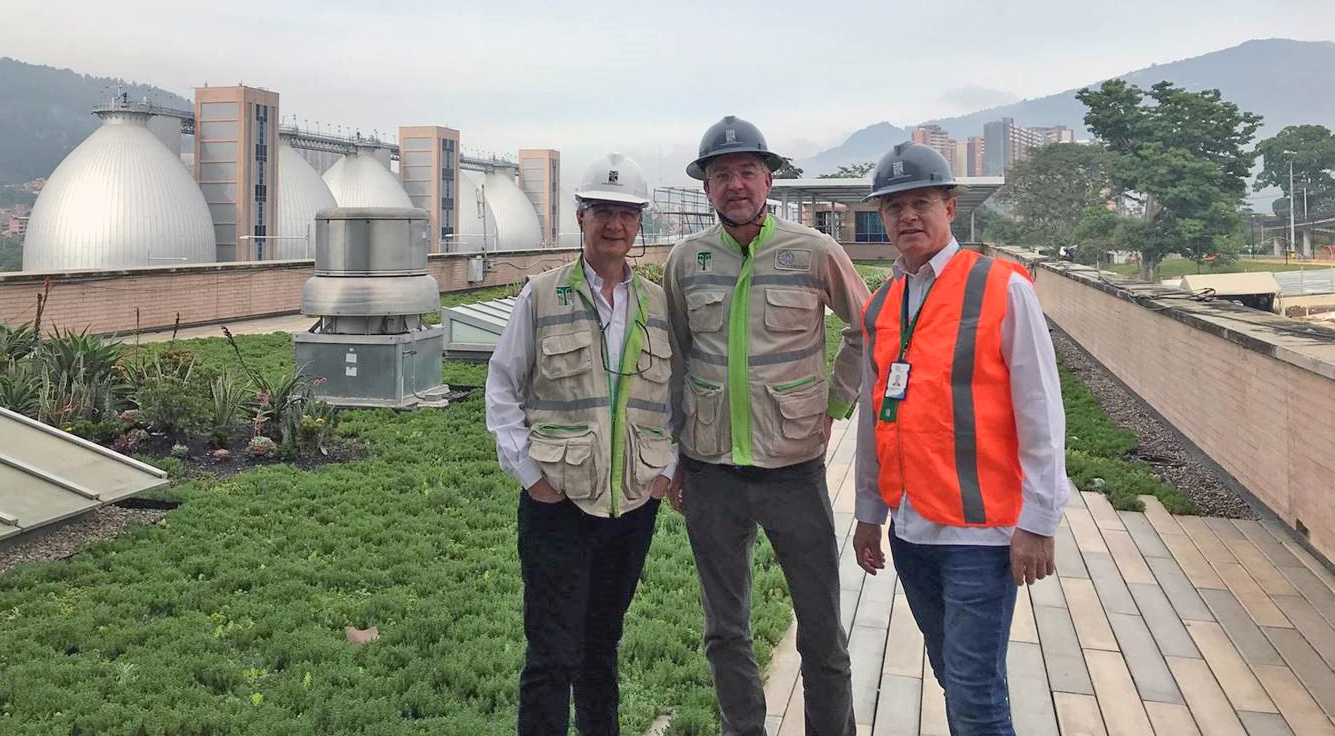 The treatment plant in Medellín, which purifies the sewage of around 2.75 million inhabitants and generates energy at the same time, has impressive dimensions.

The future of Urban

Recently appointed to the Scientific Committee of the International Society of City and Regional Planners (ISOCARP), Charles-Edouard Delpierre, General...

Tractebel is helping to build the new Maritime Campus Antwerp (MCA), the new center for innovative projects around the broad maritime industry.

Thanks to quick intervention by ENGIE Laborelec, a company of Tractebel BU, local Texan consumers can still profit from green energy produced by ENGIE North America’s...