The first worldwide UET Reflex™ Module, a new battery technology contributing to the zero-carbon transition, was commissioned this month at the premises of ENGIE Laborelec, a company of Tractebel.

UET and ENGIE recently announced they have successfully achieved the commissioning of the first UET Reflex™ Module at the Batteries lab of ENGIE Laborelec, a company of Tractebel.

The battery is ideal in combination with solar plants or wind turbines, in which multiple hours of generation are stored for later utilisation. It can also deliver the faster grid support services on top of the integration with renewable assets.

“ENGIE strongly believes that redox flow batteries will become an interesting alternative to Lithium ion and lead acid based battery technologies for certain stationary energy applications, offering ancillary services to the grid for example, and will contribute to the transition to a zero carbon economy,” says Luc Goossen,  Chief Technology Officer, from ENGIE. 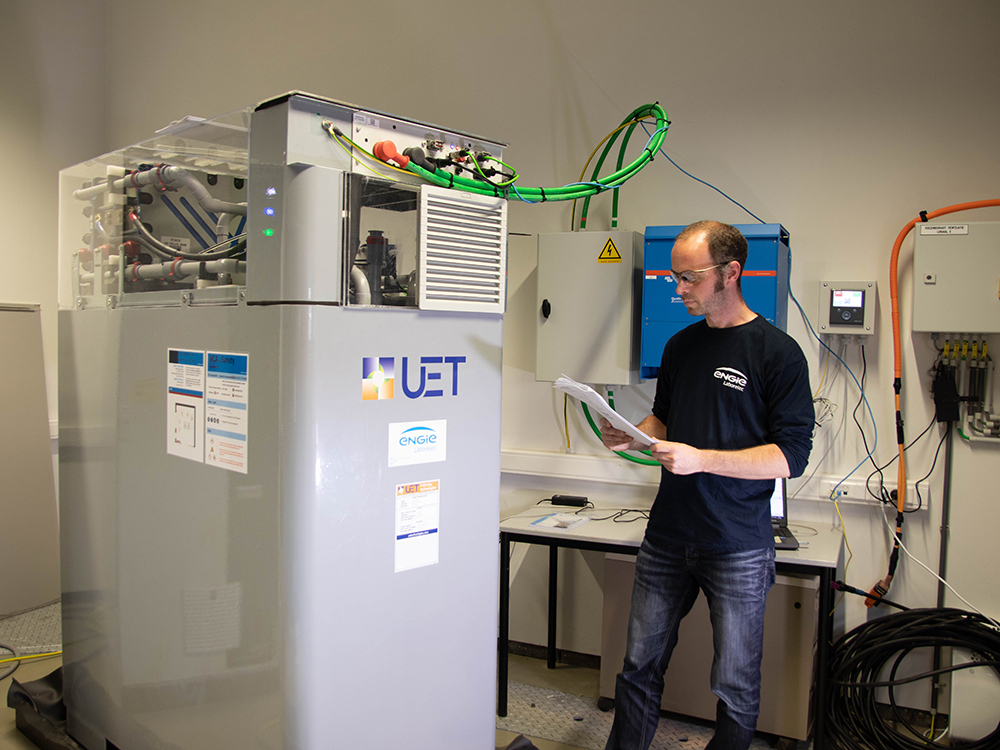 Our engineers at Tractebel in Germany are ranked one of the top firms of consulting engineers for desalination in the Middle East and Africa. This is one of...

ENGIE announces the departure of Olivier Biancarelli, Chief Executive Officer of Tractebel and Executive Vice President of the ENGIE Group.

India’s two largest cities and financial hubs may soon be connected by a 1320 km-long high-speed rail following the successful completion of the feasibility study carried...

Implementation of Nepal’s largest hydropower project is approaching the finishing line: the Upper Tamakoshi reservoir was filled for the first time. The plant will increase...