Towards a Zero Net Energy city

With a population of 40,000 and master planned around connective pillars of health, education and technology and with innovation underpinning the emerging city’s liveability, Greater Springfield was internationally declared the world’s best master planned community by the International Real Estate Federation in 2010.

Didier Holleaux, ENGIE Executive Vice President, said: “The partnership between ENGIE and Springfield City Group will enable the creation of a better, safer and more efficient environment for residents. By 2050, 70% of the world’s population will be living in cities. Through our “Better Cities TODAY” approach, ENGIE is at the forefront of developing solutions to meet the economic, environmental and societal challenges that come with that growth. Greater Springfield is ENGIE’s first “Better Cities TODAY” project in Australia and I’m very pleased that ENGIE with its world class know-how in energy, and particularly district energy, can contribute to the visionary Greater Springfield Project and to the well-being and harmonious life of its residents.”

Welcoming the agreement, Greater Springfield’s founder and city visionary Maha Sinnathamby said the long-term alliance with ENGIE would fit with both the strong ethos of innovation and long-term planning that continues to drive the city’s rapid growth and economic contribution to both the state and the nation.

“As a recognised nation building project we have one chance and a responsibility to get this right as an ongoing example for others to follow,” he said. “The focus on efficient and sustainable energy production, storage and integration with the community has never been more important for Australia and for us. I’m confident that ENGIE can assist us to be a world leader in innovative and smart city solutions."

With Greater Springfield forecast to triple its overall resident and working population within the next 20 years and develop within the central business district up to 2.6 million square metres of mixed-use buildings and 22,850 apartments, the challenge of delivering the vision is even greater.

Springfield City Group has embraced this energy transition by forming a strategic alliance with ENGIE to jointly identify and implement the solutions to tomorrow’s energy challenges. Greater Springfield will be a resilient, clean and intelligent city continuing its journey of growth as a world leader of master planned cities.

A holistic view of Greater Springfield

ENGIE has asked Tractebel to assess the governance and smart city maturity of Greater Springfield. To that end, the company’s urban experts used Tractebel’s innovative tool to improve cities based on collective intelligence called 360° City Scan. Over 40 people were interviewed and participated in workshops, among them local residents, public authorities and utility operators.

Watch here the video about ENGIE and Greater Springfield partnership. 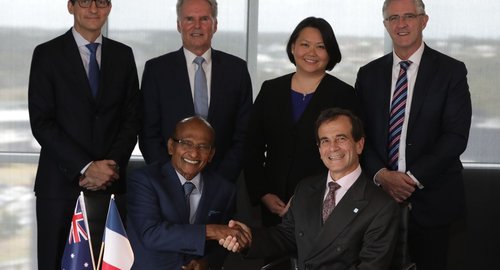 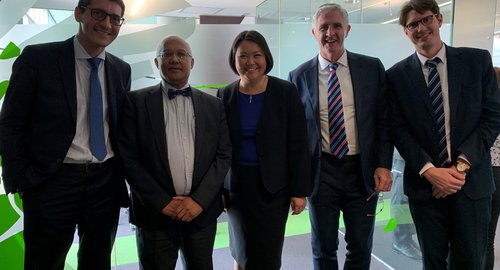 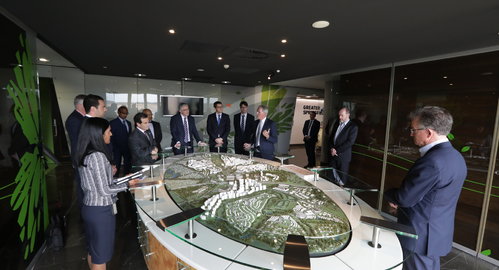 New premises in Marseille and Tours to meet growing demand, primarily in the nuclear sector but also across all our markets. This expansion allows for closer...

The Prince of Monaco’s car collection gets a new home

The classic car collection of H.S.H. the Prince of Monaco Albert II now has a new location at Port Hercule, just steps away from the iconic Formula 1 circuit. Tractebel’s...

Our company came out on top of the world’s biggest hydro design firms in Engineering News-Record’s 2022 annual ranking.

Ghana’s government backs green energy and the expertise of our engineers: Following the first two photovoltaic power plants in Lawra and Kaleo, the next joint project is...