With a capacity of 1,300 MW, Enguri is the most important hydropower plant in the Georgian energy network. Located at the foot of the Caucasus Mountains, it generates about 4,000,000 MWh of green energy annually, covering about one-third of Georgia's electricity consumption. The plant was commissioned in stages between 1970 and 1980. The modernization and rehabilitation measures now required (Phase IV) are being financed by the European Bank for Reconstruction and Development (EBRD).

Due to the heavy dependence of Georgia's energy supply on this plant, as many measures as possible need to be carried out during ongoing operation. To ensure that this succeeds, the state-owned operating company Engurhesi Ltd. commissioned our experienced experts to plan and supervise the work.

The plant consists of a 272 m-high, double-curved arch dam, a 15 km-long penstock with a diameter of 9.5 m and a 165 m-high surge tank, as well as five penstocks into the underground hydropower cavern with an installed capacity of 1,300 MW. A discharge tunnel to the Gali reservoir, where the Vardnili 1 hydropower plant with an installed capacity of 220 MW is located, is also part of the plant. 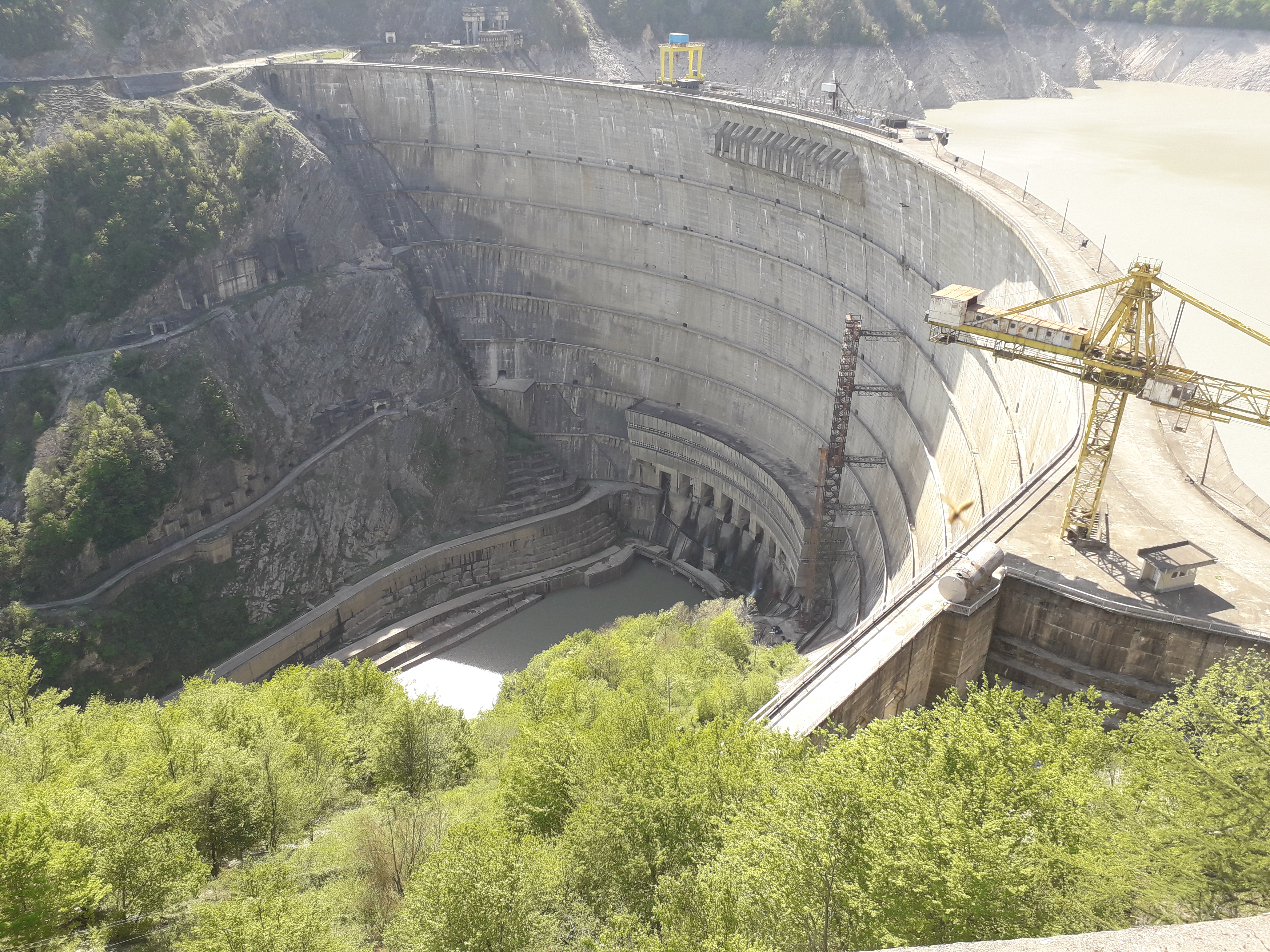 In 2018, our specialists took over the planning, tendering and participation in the award of four construction contracts as part of Phase IV. Since the start of construction in 2020, our construction management team has been monitoring execution.

In addition to slope stabilization, tunneling, road and bridge construction, the injection work to seal the pressure tunnel was under particular time constraints: Five independent teams drilled and injected on five work fronts around the clock for three months while the tunnel was drained, and the hydropower plant had to be temporarily shut down. Our specialists developed appropriately tailored technical solutions for these demanding tasks. 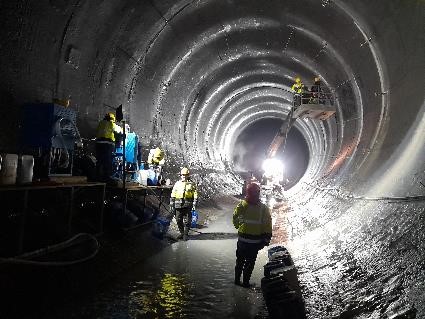 The construction team had only a narrow window of time to carry out the injections in the pressure tunnel.

The underwater dredging work in the reservoir poses a special challenge: a high-pressure suction dredging system, was specially designed for the project to remove the sediment in front of the bottom outlets at a water depth of up to 200 m.

The underwater dredging system during the suction of sediment down to a water depth of 200 m.

"The rehabilitation works at the Enguri power plant will ensure a very high proportion of hydropower in Georgia's energy supply in the long term, thus contributing significantly to Georgia's carbon-neutral development."