Tractebel and partner companies have developed the world's first offshore infrastructure and processing facilities concept for the storage of hydrogen in offshore caverns. The design study, unveiled by Tractebel Overdick GmbH’s offshore experts, outlines an innovative solution for large-scale hydrogen storage on the high seas: a scalable offshore platform for the compression and storage of up to 1.2 million m³ of hydrogen. Underground salt caverns will be used as storage and buffer for the hydrogen produced offshore, before the gas is transported via the pipeline network to the onshore grid and finally to consumers and customers.

Meeting the hydrogen demands of the future

Green hydrogen from offshore wind energy is becoming an important component of the global energy transition, but current hydrogen production technologies will only make an effective contribution if production rates reach an industrial scale. Enormous amounts of hydrogen (H2) from renewable sources will be required to supply future H2 energy demands and offshore sites are key to industrial-scale production. Tractebel pioneered an innovative solution to address this demand in 2019, with the development of a unique offshore hydrogen platform concept, followed by an optimised, scalable version the following year. And now, Tractebel’s experts break new ground with the design of the world's first offshore infrastructure and processing facilities concept for the storage of hydrogen in offshore caverns.

Infrastructure for hydrogen production on the high seas

This offshore platform complex consists of a wellhead platform for the operation of the caverns and a series of compression platforms that enable a staged increase in capacity. If required, the plant can also be expanded in the future by additional modules. The study assumes a capacity equivalent to converting 2 GW of green offshore wind power into hydrogen. Extensions and individual adaptations are possible at any time.

A powerful solution with a sustainable side effect

The newly designed storage and compressor platforms process 400,000 Nm3/h of hydrogen, which is stored in underground salt caverns at a pressure of up to 180 bar. These storage facilities buffer production peaks, optimise flow rates and therefore enable a more economical design of the export pipeline.

An important contribution to the sustainability of large underground hydrogen storage facilities is that existing offshore infrastructures can directly use green hydrogen instead of other energy sources for their operations. This contributes to the decarbonization of the entire offshore industry.

Teamwork for a new concept

In addition to Tractebel's renewable energy and offshore experts, the engineering teams of DEEP.KBB GmbH and PSE Engineering GmbH, with their many years of experience, were also involved as important components in the design study. This forward-looking alliance of experts facilitated the concept’s complete development, from geology to processing equipment. This bundled know-how is the foundation for further optimizations of the offshore hydrogen hub and future H2 projects. 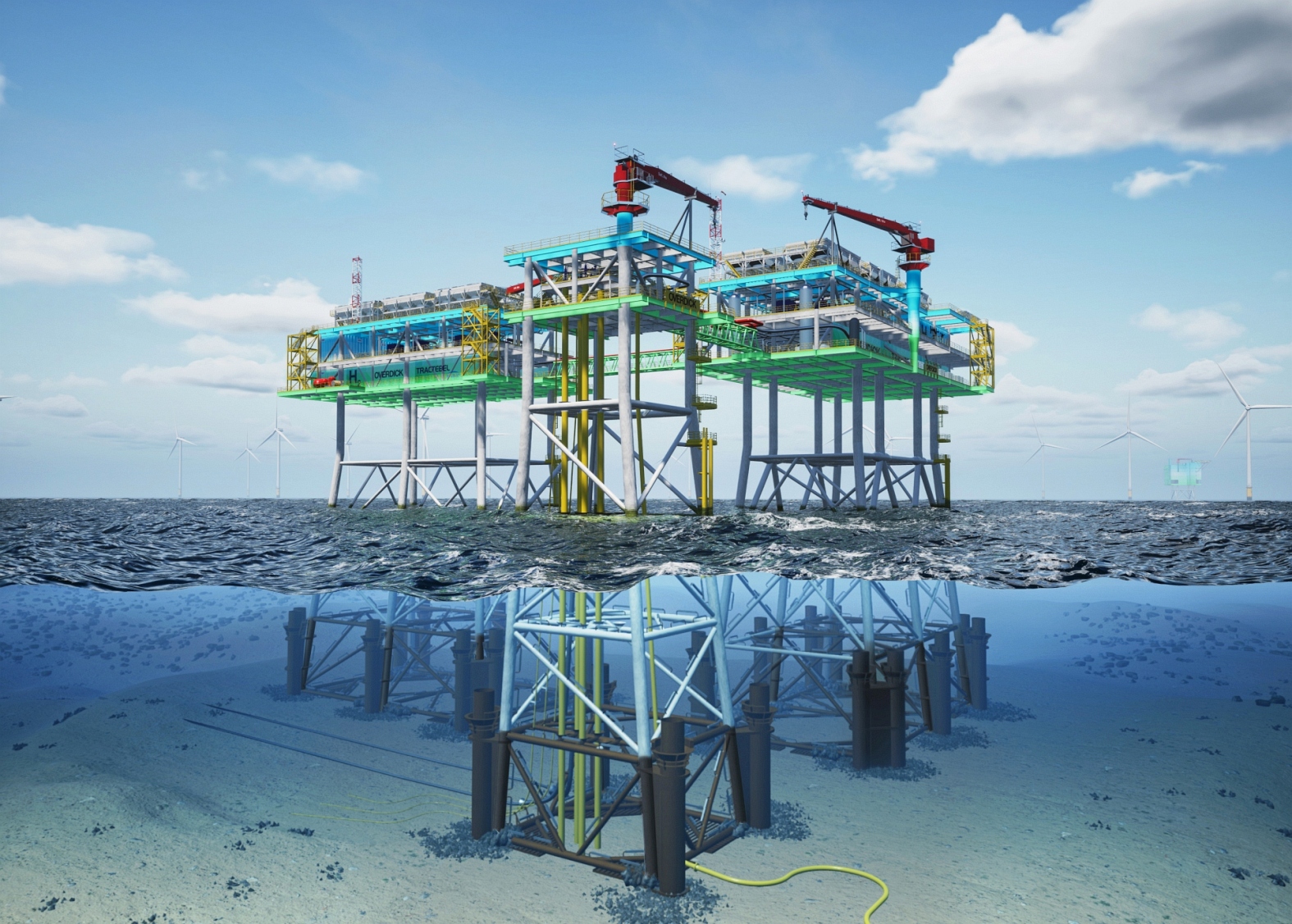 Experts from Tractebel and partner companies developed the world's first infrastructure and facilities concept that relies on offshore hydrogen caverns. 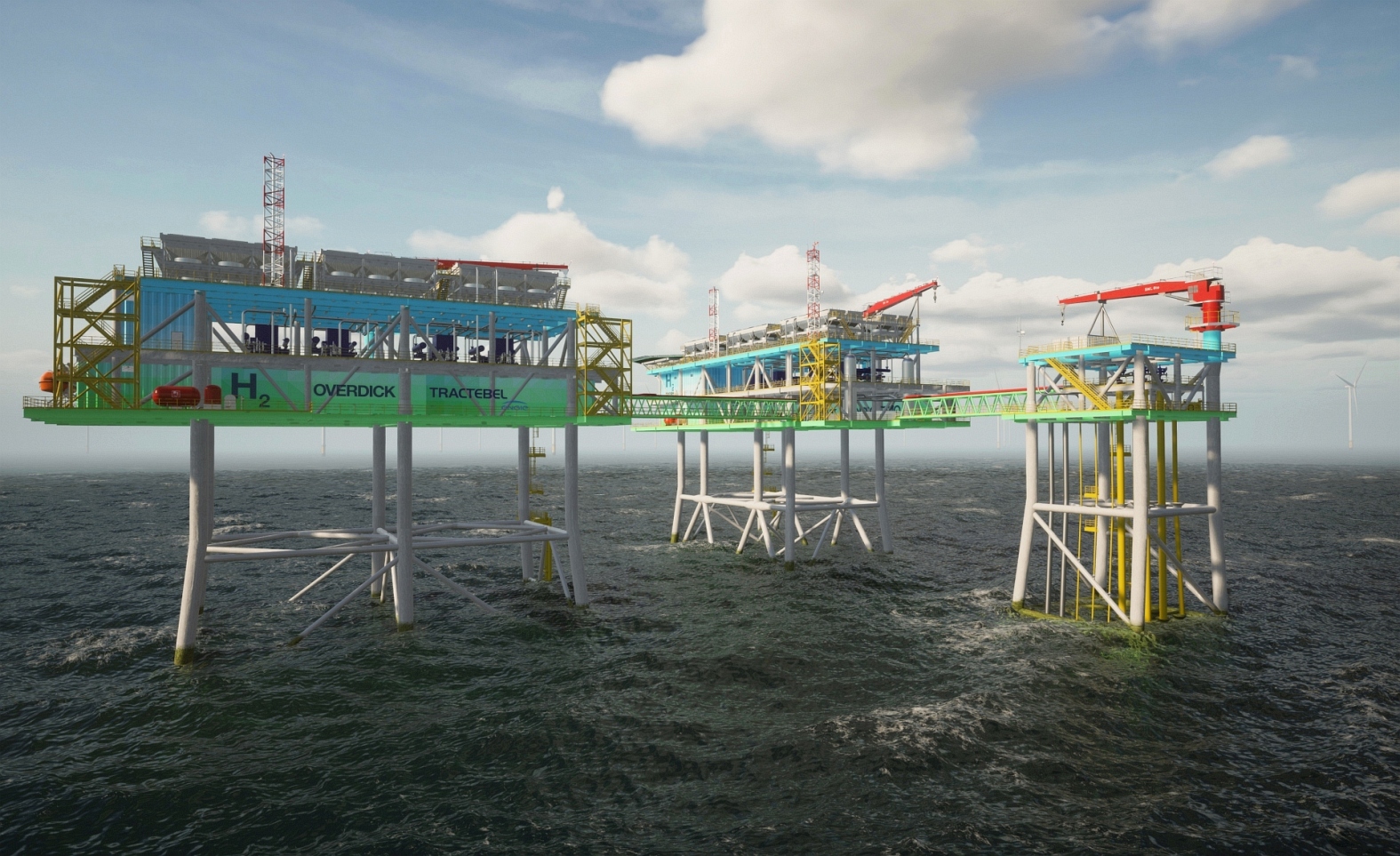 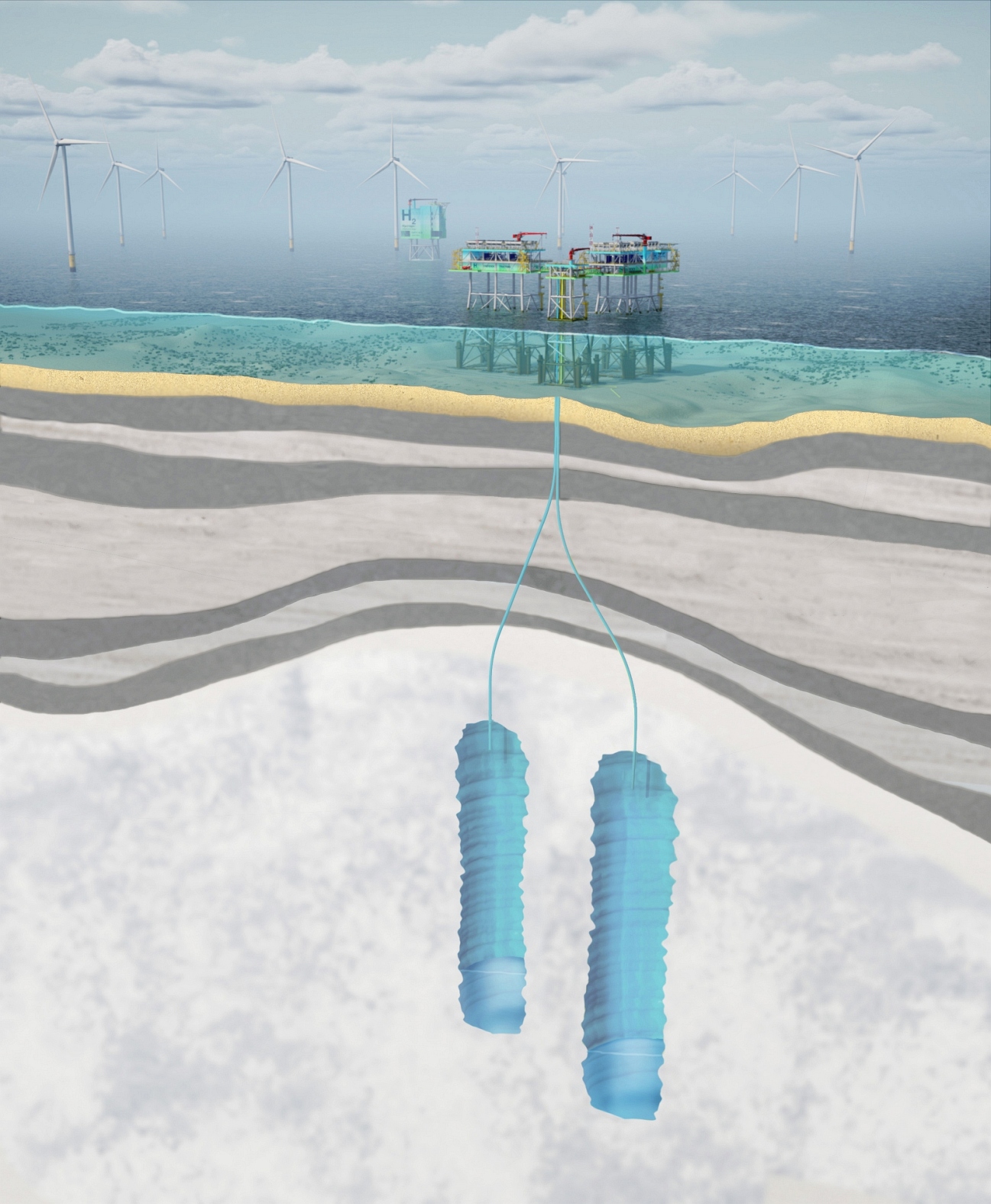 Schematic cross-section representation of the innovative offshore infrastructure and the salt caverns.