Water as leverage for liveable cities and regions

Worldwide cities and regions face water related challenges and risks as a result of growing populations, the ever-expanding reach of urbanisation and climate change. Droughts, flooding, pollution of and competition for the necessary freshwater resources as well as the use of water for massive energy and food production directly or indirectly affect life in cities. Therefore water should be considered as a main agent in the design and development of cities and regions. Water should be understood as a common resource, a need, a potential threat but most of all a potential. Water as leverage to build, or to transform, streets, districts and cities as resilient, enduring and enabling urban environments. 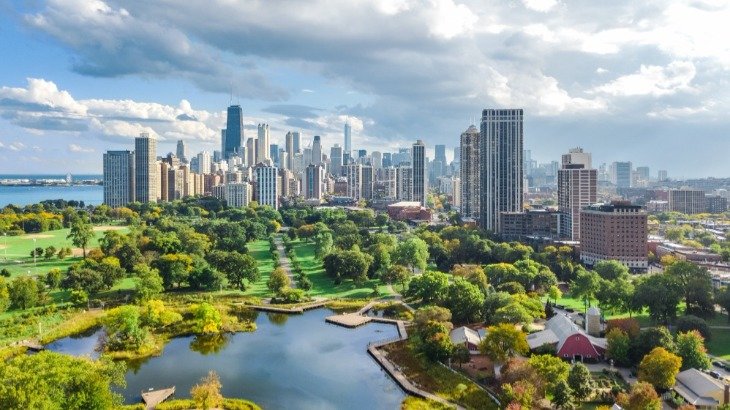 In recent years, the world has witnessed not only more drought and floodings than ever before, but also more recent phenomena linked to water are happening more often and are stressing the urgency for solutions.
For instance, in 2017, Cape Town was confronted with a severe water crisis that led to a lack of drinking water. Another example is the growing number of transnational and even transcontinental conflicts over water. For instance, China and India for the Brahmaputra River or between Turkey, Syria and Iraq for the Euphrates River.
The fact that rivers are often transnational or even transcontinental structures means that the use of water in one country has an impact on the presence of water in another country and can influence flooding or drought.
Water can become for the 21st century what oil was for the 20th century: a scarce resource around which major political conflicts can rise. This situation calls for immediate action on different scales and timeframes. New international and local efforts are needed to protect water as a common resource for all.
We believe that Water Urbanism is key in finding solutions for these challenges. This is a design and engineering approach based on an attitude that offers adaptive, sensitive and co-creative solutions.
These can be based on the following perspectives: a stronger focus on the systemic design of water, building up integrated solutions, and working in a participatory way.

The (urban) water system is a complex and layered system in which flows of groundwater, surface water, rainwater, waste water and drinking water interact. All too often interventions in this system are developed without taking into account the complex relations within and spatial configurations of these systems. We believe in working in integrated teams of designers and engineers to develop an understanding of the interactions within this water system on different scale levels ranging from the regional scale (catchment area), to city scale and neighbourhood scale. And from that understanding develop systemic strategies, technical and spatial interventions aiming to re-use, store, purify or infiltrate water before discharging it from the catchment area. Interventions that range from punctual interventions on a neighbourhood scale (for instance infiltration areas) to the design of larger spatial entities on a city or regional scale (for instance large scale buffer areas). 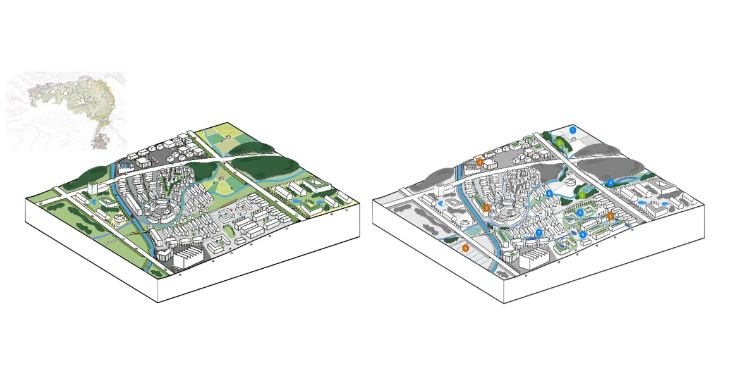 However, technical solutions that solely focus on the systemic level aimed at reducing risk and safeguarding freshwater resources fall short in the potential of water to create impelling urban environments. Water offers the possibility to work on the identity of the city and to act as a lever for ecological, energetic, socio-economic, or even cultural transformation of cities. Ecological restoration of rivers and ponds to increase biodiversity, heat recovery from sewage and surface water, transportation over and recreation on water are examples of co-benefits that can create a sense of identity to and a better life in cities. We believe that by developing a holistic approach in which solutions at the same time address city’s and citizens’ needs – other than the need for water – a water strategy can become an integral part of urban policy, urban investments and urban life. This often means combining the technical, scientific and design capabilities we have at Tractebel to give maximum priority to nature-based solutions in favour of hard engineered solutions. Since nature-based solutions for water related challenges are the most successful in integrating other cultural, ecological, and social benefits and in accelerating the transformation and development of resilient and impelling cities.

CASE: renaturing of the Aire River in Geneva (ADR-architects/Descombes) In order to protect the city of Geneva from flooding, downstream of the river Aire, ADR-architects and Georges Descombes were commissioned to renaturise the existing canal of the Aire thereby giving more space to the river by enlarging the floodplain. 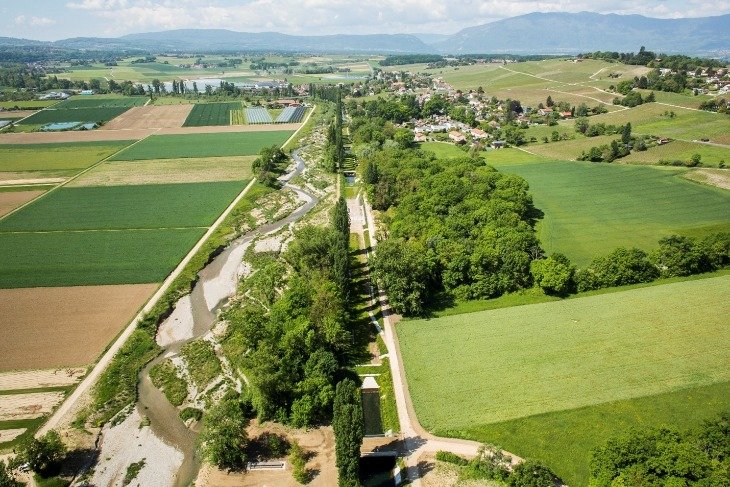 To cope with these challenges we believe we have to go beyond public investments to transform cities and neighbourhoods. A future proof water strategy for a city can only be successful when it combines top down and bottom up strategies and actions. The actions of citizens are as important as the actions of cities (every drop counts!). This calls for an inclusive design process in which multiple stakeholders and citizens participate, since they can actively influence the abundance, shortage and quality of water within cities. In this participatory design process projects and actions can be defined that integrate multiple objectives, pool financial resources, combines private and public efforts and all together effect the necessary jump in scale. We thus believe that the development of strong alliances between cities, citizens and experts to drive tactical and strategic transformations of the city is the only way to tackle the massive challenges linked to water in cities. Only this can bring the necessary awareness and can make cities and citizens stewards of their water.

CASE: Stiemerdeals (Tractebel/Georges Descombes) In order to increase the ecological, social-cultural and recreational potential of the Stiemer valley the city of Genk commissioned Tractebel/Georges Descombes to develop a spatial masterplan for the valley. One of the key elements of the masterplan entails the renaturing of the natural water system and preventing the sewage overflows into the Stiemer.

The approach of Water Urbanism and the combination of these three perspectives will allow cities and citizens to develop a shared long-term vision on water. And a strategy in which water is used as leverage to build, or transform, streets, districts and cities as resilient, impelling and enabling urban environments. Water becomes a catalyst for the transformation and design of liveable cities and achieving the UN Sustainable Development Goals. Water as a lever for sustainable cities and communities, access to clean water and sanitation and in taking climate action, while supporting live in water and on land.

My name is Bart Van Gassen. I am an engineer-architect and urbanist and leading the team of spatial design of Tractebel. I work everyday at Tractebel to develop integrated solutions for spatial challenges for cities and citizens. In (re)designing public spaces, landscapes, neighbourhoods and infrastructures.

My name is Mark Wilschut. I am a landscape architect (MSc) and have a minor in Integrated Water Management and Engineering. On a daily basis I work as a project leader within the team of spatial design of Tractebel on spatial design projects diverse in nature, scale and context. I have special interest in projects within the urban periphery, linking landscape and city both spatially and functionally in an integrative and productive way.

Want to know more about the Tractebel universe?
Get in touch!
Our website uses cookies to remember your preferences and to help us to provide you with the best experience and to continuously improve our site. By clicking on “Agree and proceed” you are agreeing to us placing cookies on your computer in order to analyse the way you use our website. You can refuse cookies by clicking on “Change settings”.
Change settings